So you want to know why I have Elmo in my avatar and generally have pictures of elmo in quite a few places on my social media and work profiles? I have gotten this question enough times to finally write this up so I can just point people to this page.

How it all started

Back in the 2005 timeframe, a new movement started around the world called the Maker Movement. There was a coming together of a few things that spurred people to start making things, in particular electronics. The Make magazine was a huge influence for me, learning about so many cool people making things. And of course the internet was now a full part of our lives. The rise of simple microcontrollers like Arduino renewed my passion for electronics. I started experimenting and learning with a focus mostly on Robotics.

One thing that I soon discovered is that it was fun to take existing electronic toys and hack them using Arduino microcontrollers. Many toys were easily hacked and could be found for cheap at thrift stores.

At the same time, we and my wife developed another passion: decorating for halloween. We regularly visited thrift stores and antique malls. We collected items that we thought might look good in our house for halloween, and I got anything that looked like a cool toy to hack. 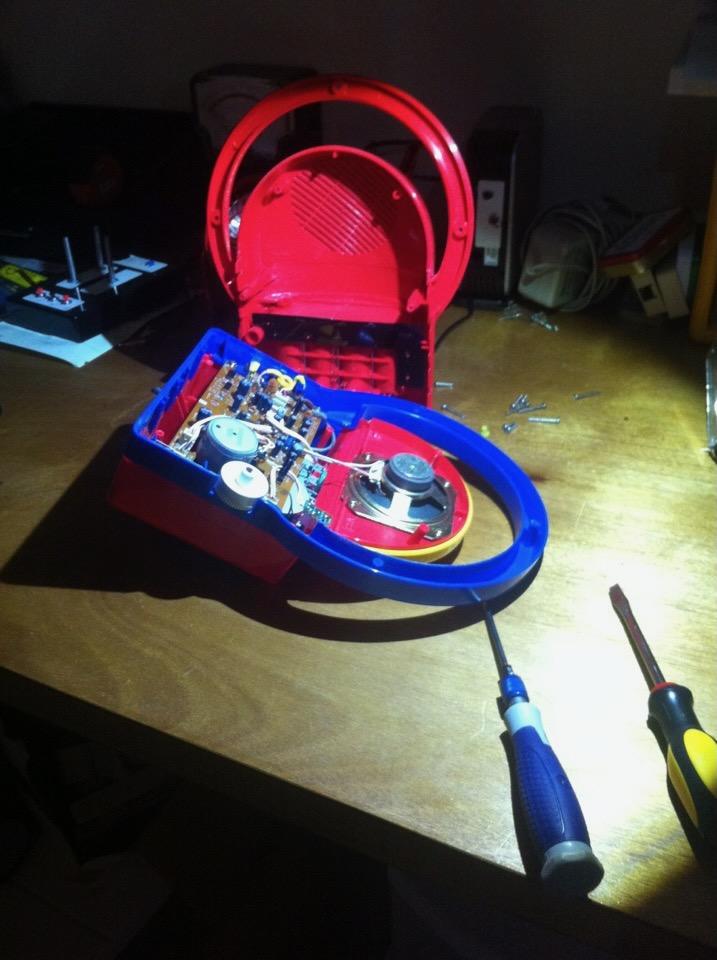 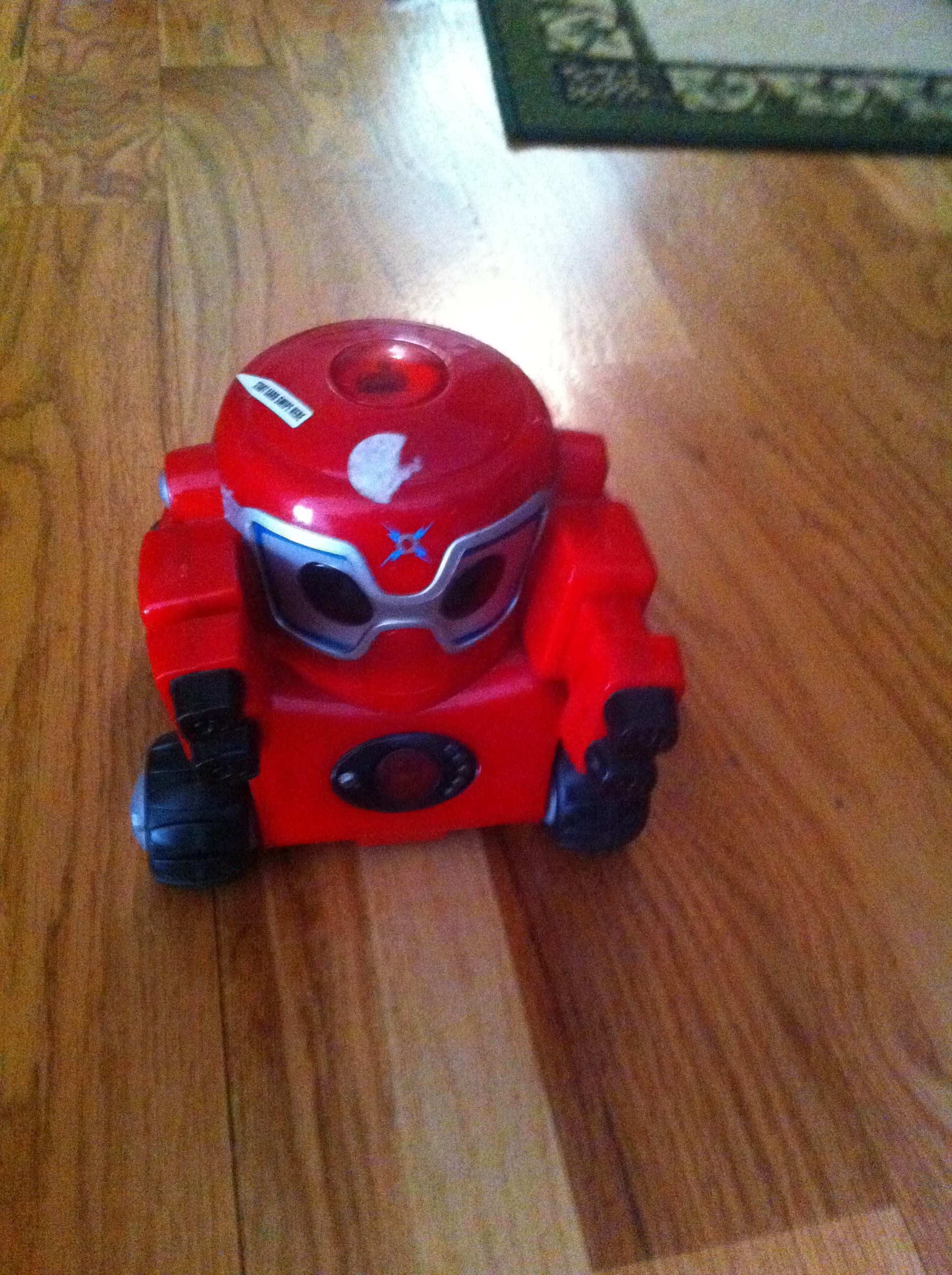 One of the greatest toys ever

In the 90’s there was one toy in particular that became a huge event: Tickle me Elmo. Luckily our son was more into Power Rangers by the time this toy came out, so we never had to deal with trying to find him one for christmas (but we did have to find every color & size of Power Ranger).

Fast forward almost 10 years later. Tickle me Elmo was a huge hit and they continued to make several different versions. What is cool about these toys is that they contain motors that can be hacked, and are just hillarious in general. These toys ended up in thrift stores around the time we were collecting things to make with and halloween decorations.

And then one day, it happened

It was never the intent to include my toys into our halloween decorations. Honestly I don’t remember now how exactly I came up with the idea. But we were making all kinds of things for halloween and one day I took an eye to one of the elmos that I had. I removed and added things and ended up with this: 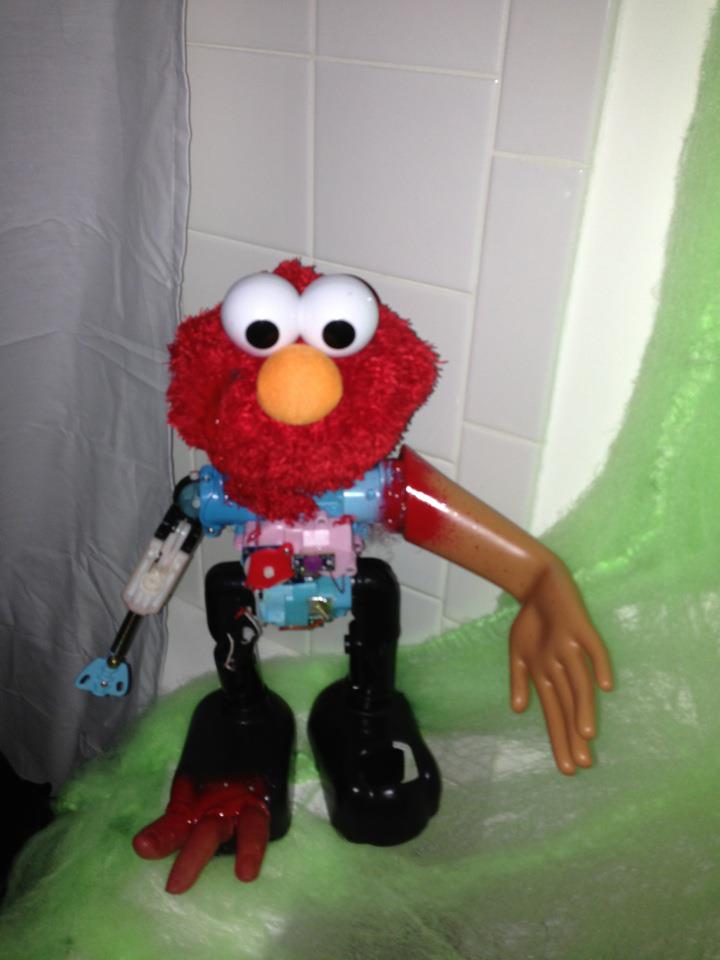 At the same time, I also made my first cyborg baby: 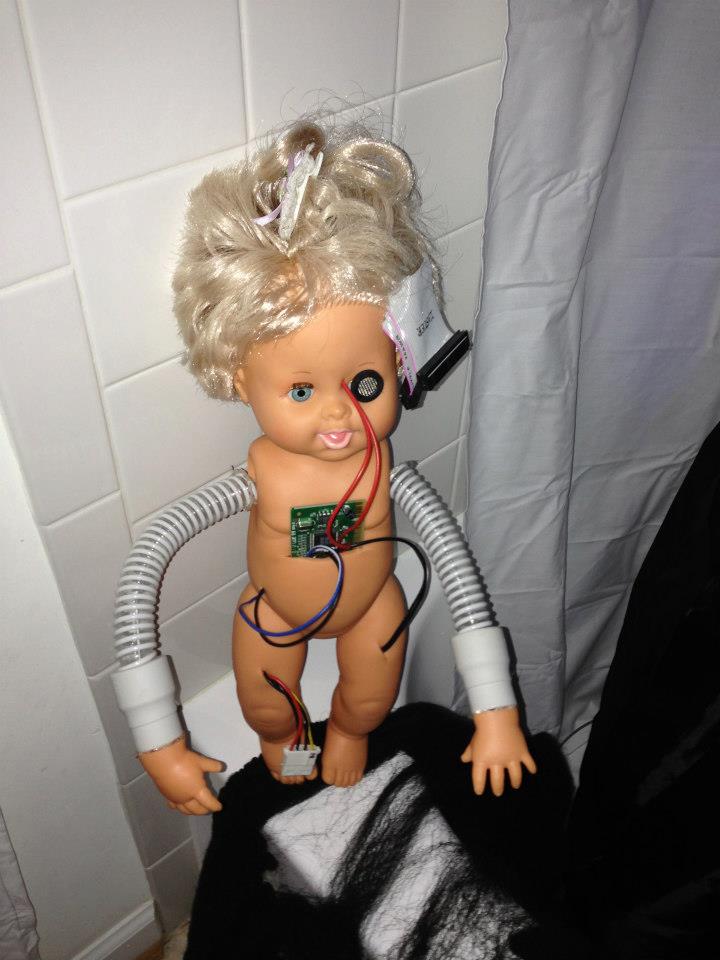 Both of these were great hits at our house during our annual halloween party.

Given the joy that this Elmo had brought to the world, I continued thinking about new ideas and how to turn more Elmo toys into new things. Luckily I had collected quite a few of them from the thrift stores.

In another spark of creativity, I decided to make something big and original. We had found these eye stalk decorations and I thought that would look great on top of a big slug body. But I needed something to cover the slug with. I decided to use Elmo skins. 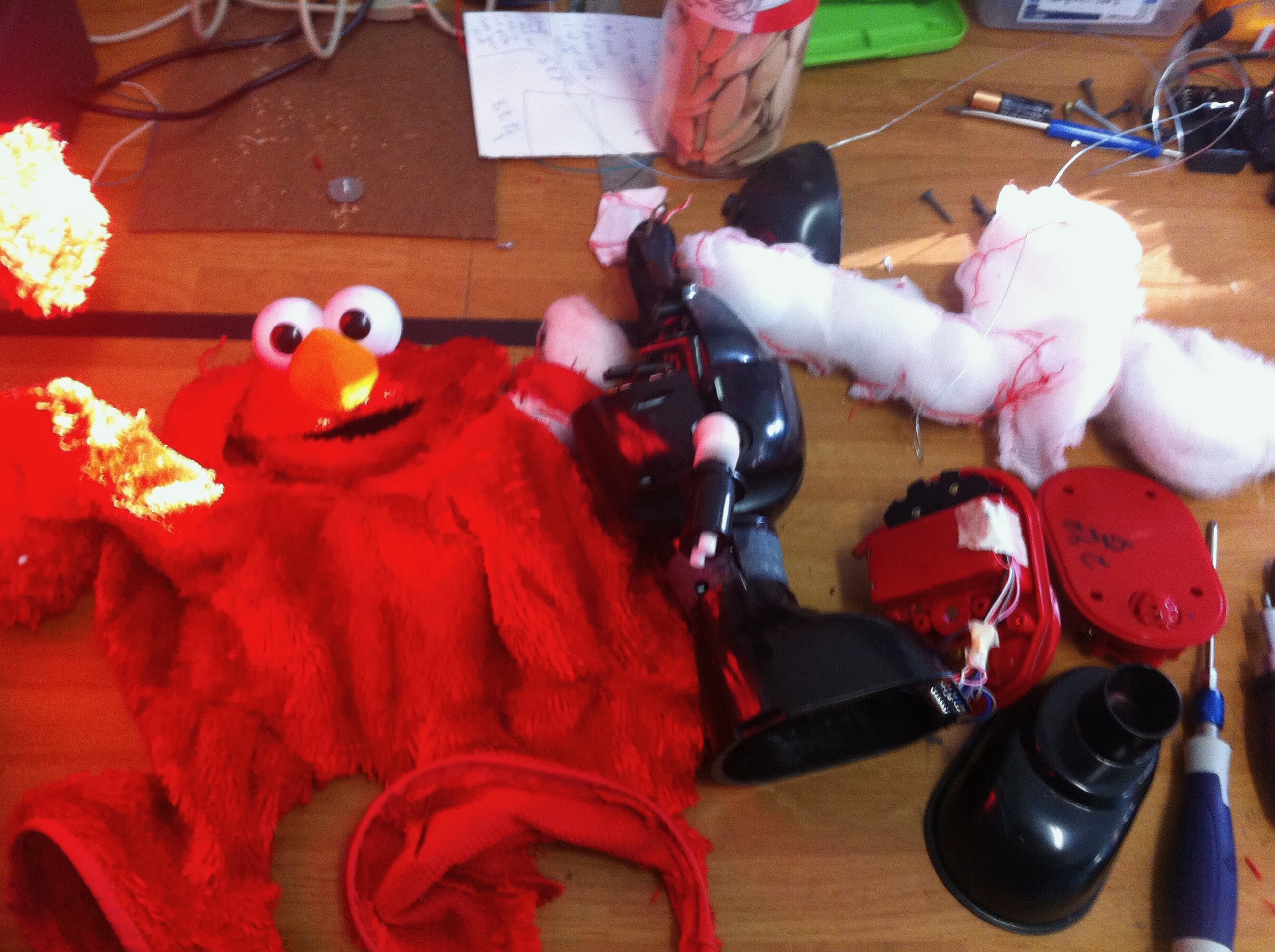 This turned into an Intergalactic Slug named Eyemo. It feeds on Elmos and thus its skin has turned red. 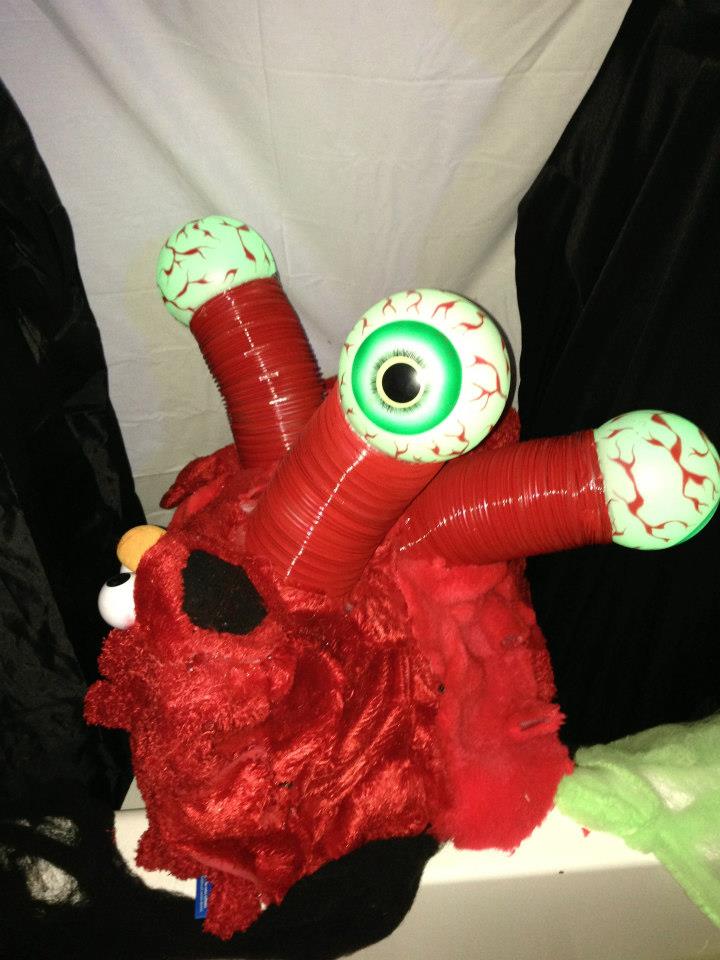 It even made an appearance at Big Nerd Ranch one year for halloween, along with some other Elmos: 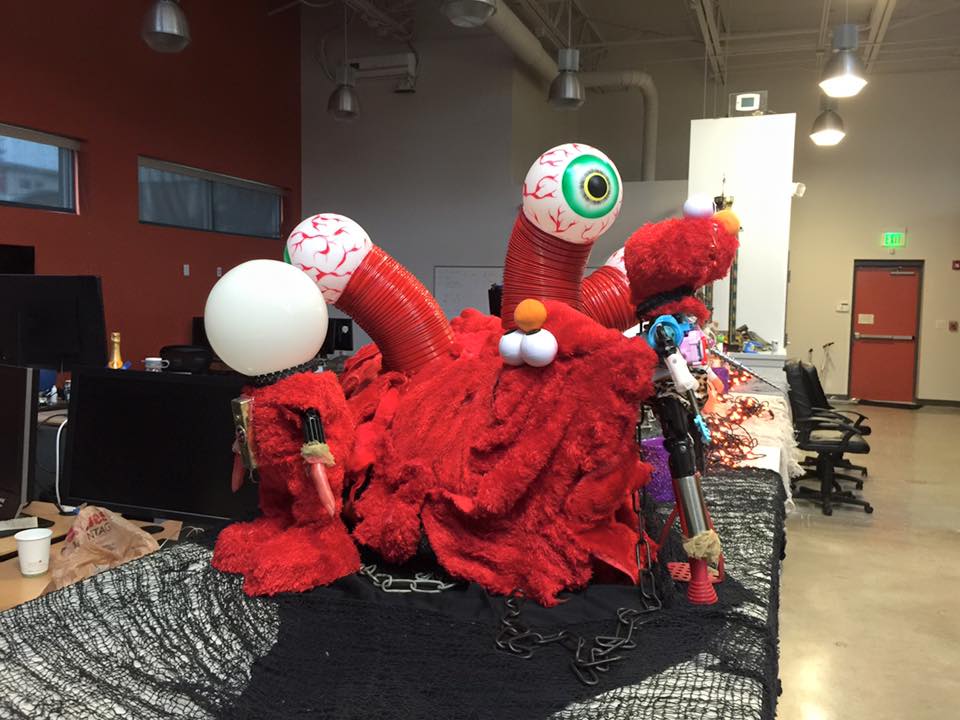 Since then, I’ve worked on a few different creations, some related to Elmo and some not. 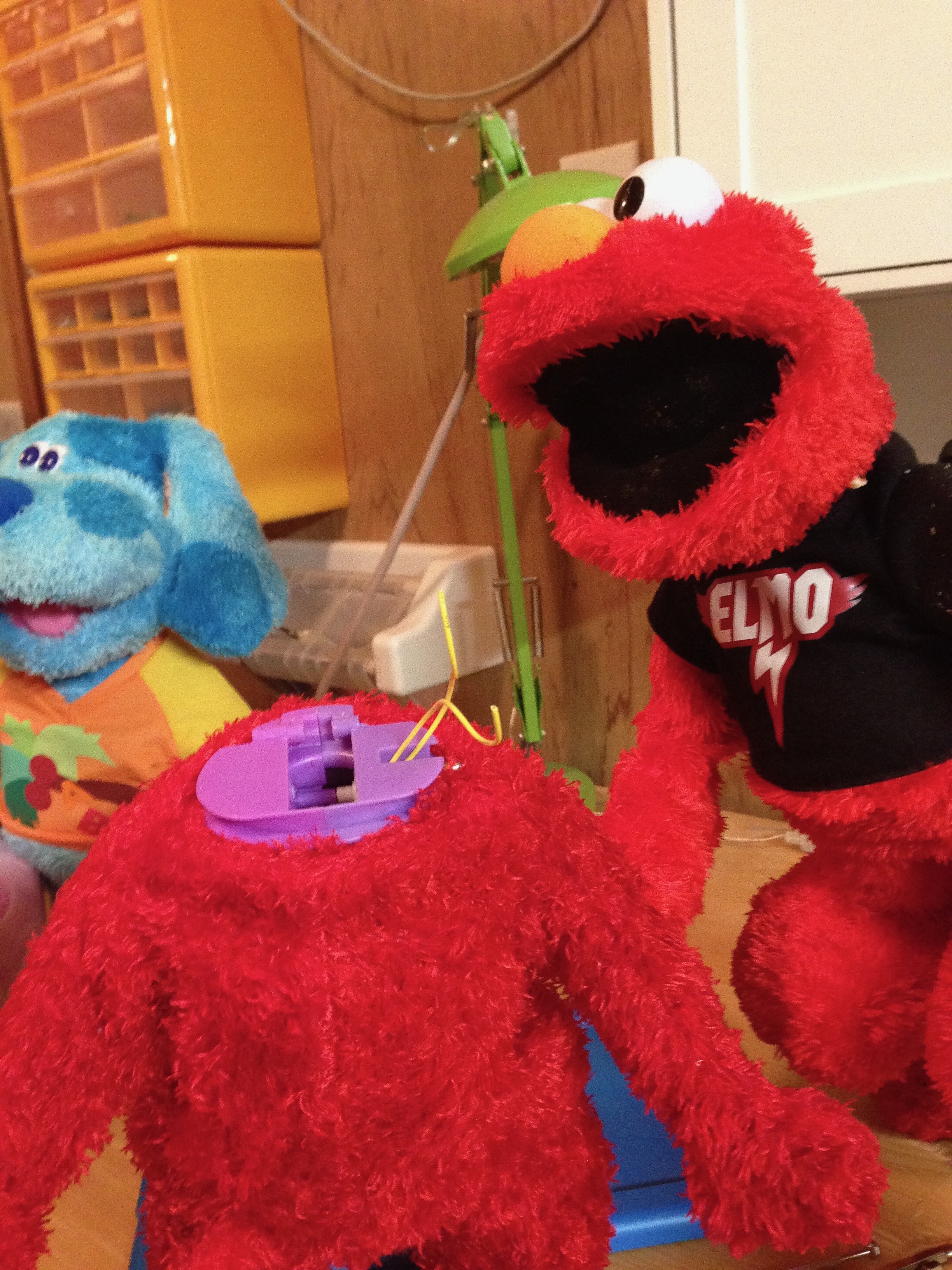 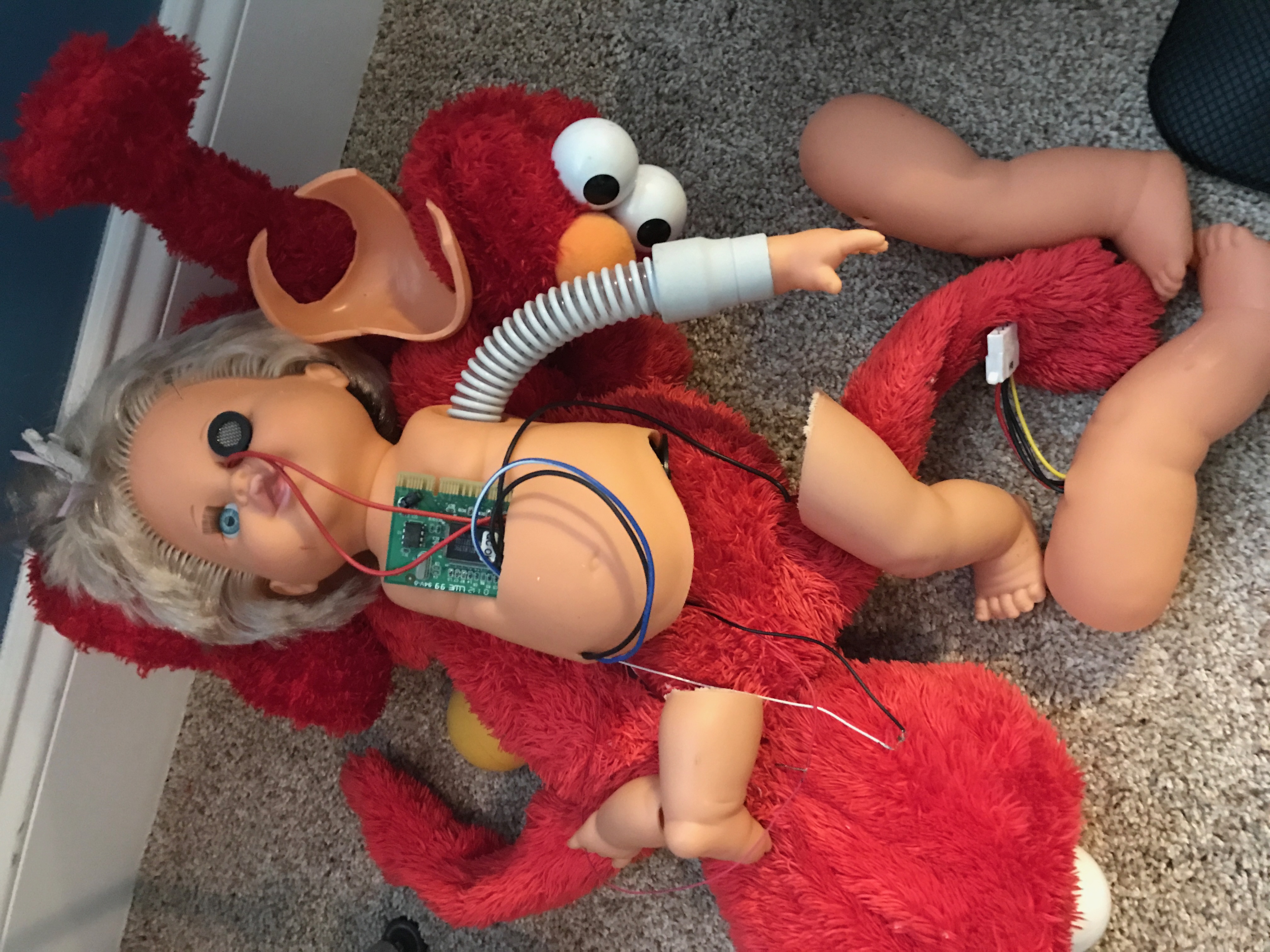 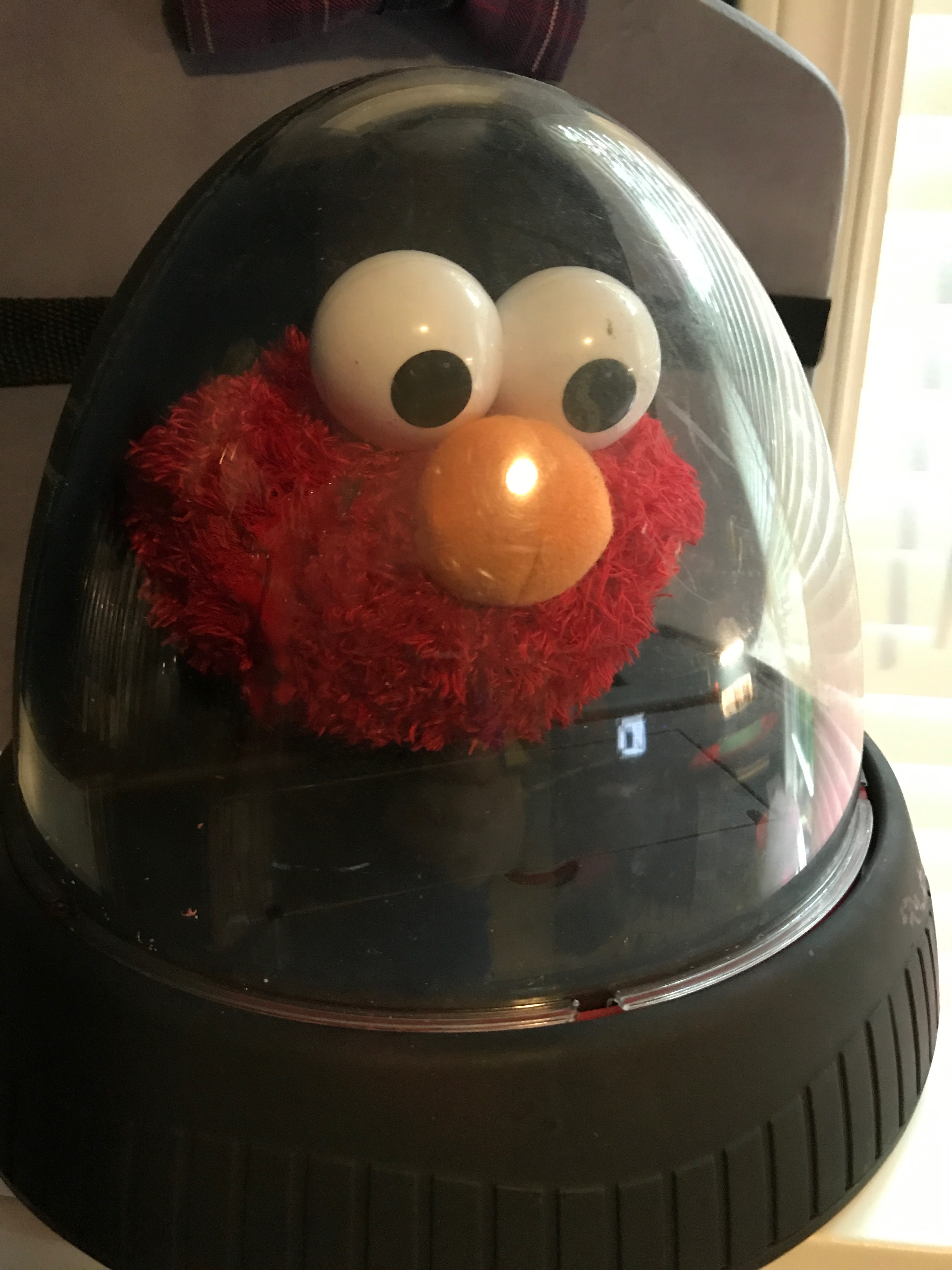 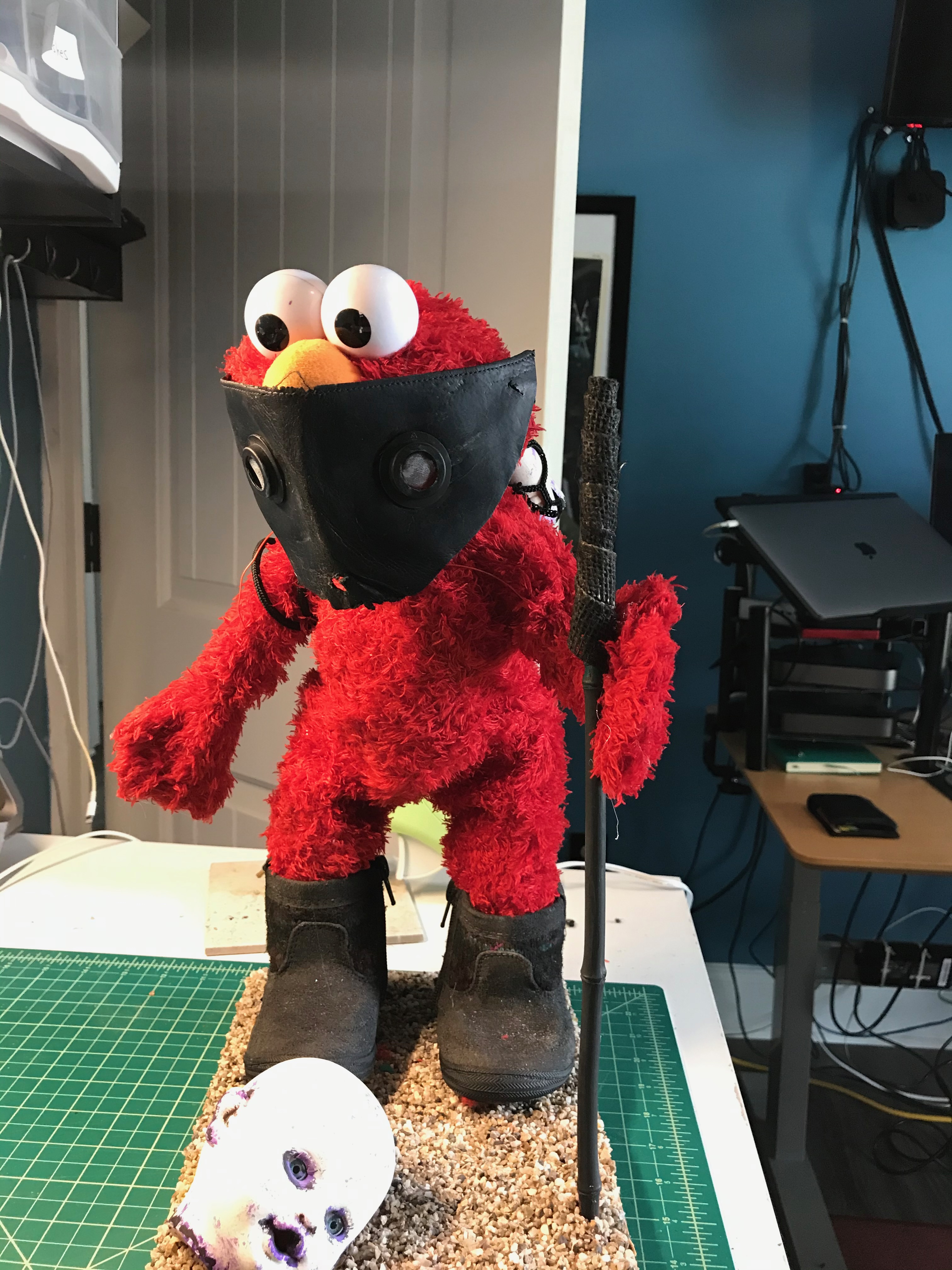 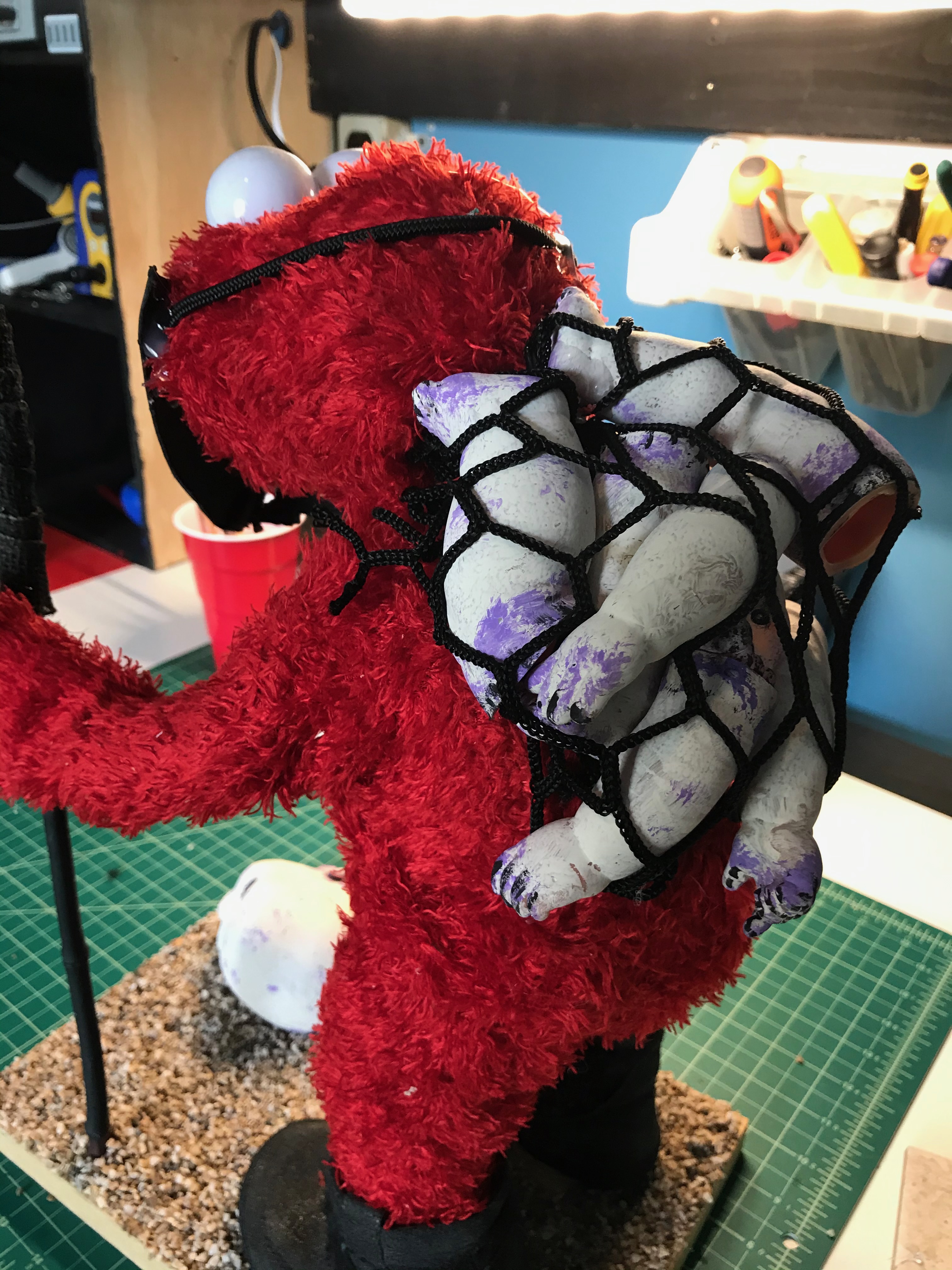 I love to see the look on peoples faces and hear the excalmations that happen. I remember participating at an event at Fernbank Science Center and hearing someone yell out loud: “What have you done to Elmo???!!”. That made my day.

At this point, maybe i’m turning into Elmo…. 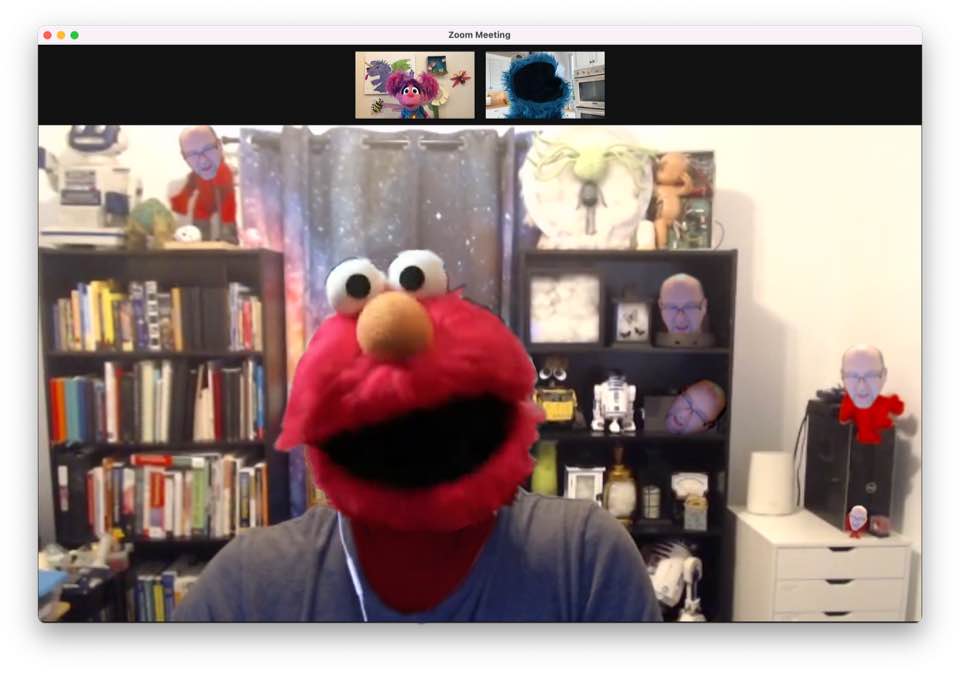